The world that we live in is not a beautiful place as we all know. Despite all what is shown to us in popular media, we know that the world has become a place that is not safe for humans, animals or the environment. Humans try to create their comfort by harming animals and the environment and all these actions in turn results in creating a world that is not safe for anyone.

All of us are living a life defined by someone else and most of the time we live in order to fulfil these standards set by society. We get constantly tensed and upset because we do not enjoy the things that we do and we are living just for the sake of living. We are ready to do anything to be rich, perfect and successful but deep inside we are suffering like nothing and having a hell of a life.

London-based animator and illustrator Steve Cutts always needed our world to be a different place and he decided to make this change happen by using his own skill of the art. Back in his days, Cutts had two decisions; work at McDonald’s or study Fine Arts. He decided to go all in with Fine Arts and he has not looked back since. He is working at Glueisobar as the main storyboard concept artist. 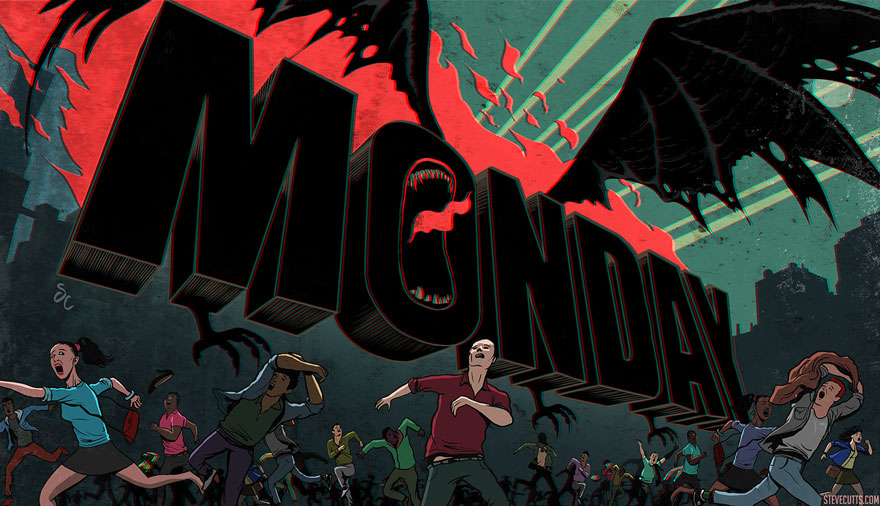 He always wanted to make a change in the world and he was much inspired by everything happening around him. So, here are some of his artworks and I am sure that they will let you think about many things.

Researchers have found money can make you happier but only to a certain extent. Any salary higher than $75,000 a year does not translate to more happiness. You only work yourself to death for no reason. 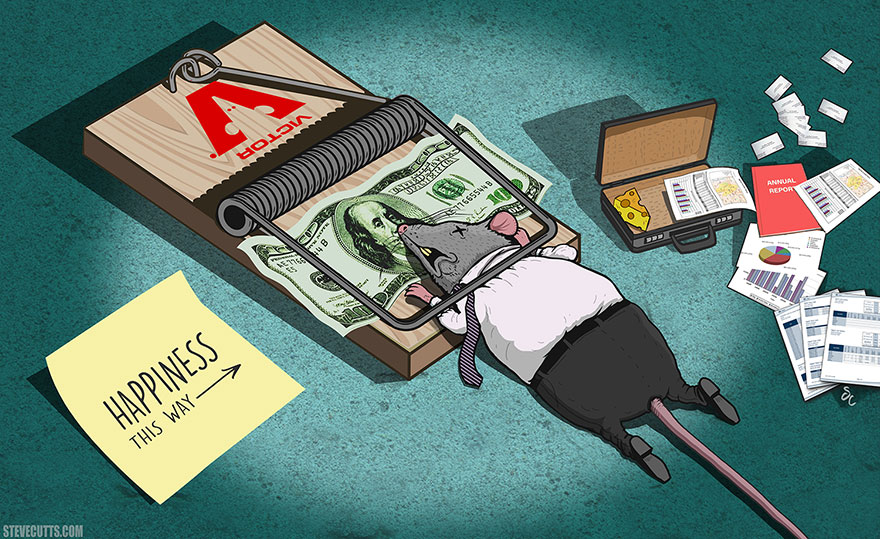 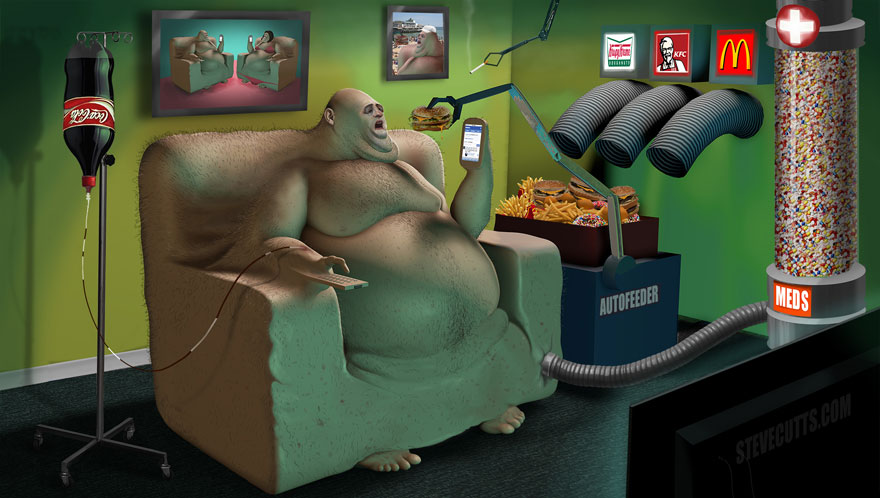 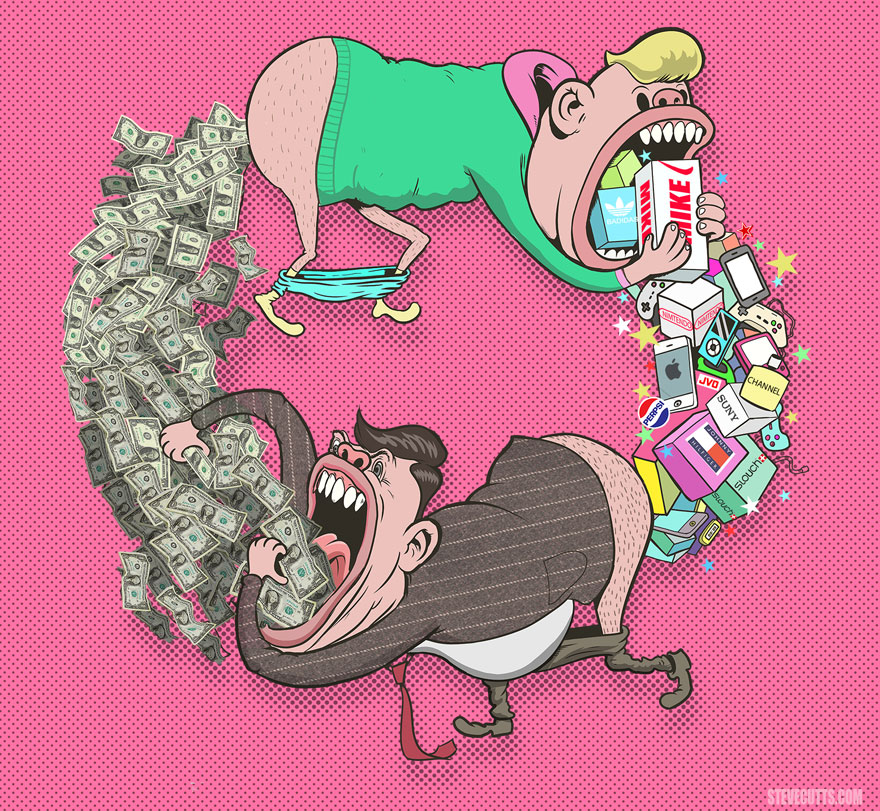 46,000 to 58,000 square miles of forest are levelled every year thank overpopulation and greedy human nature. 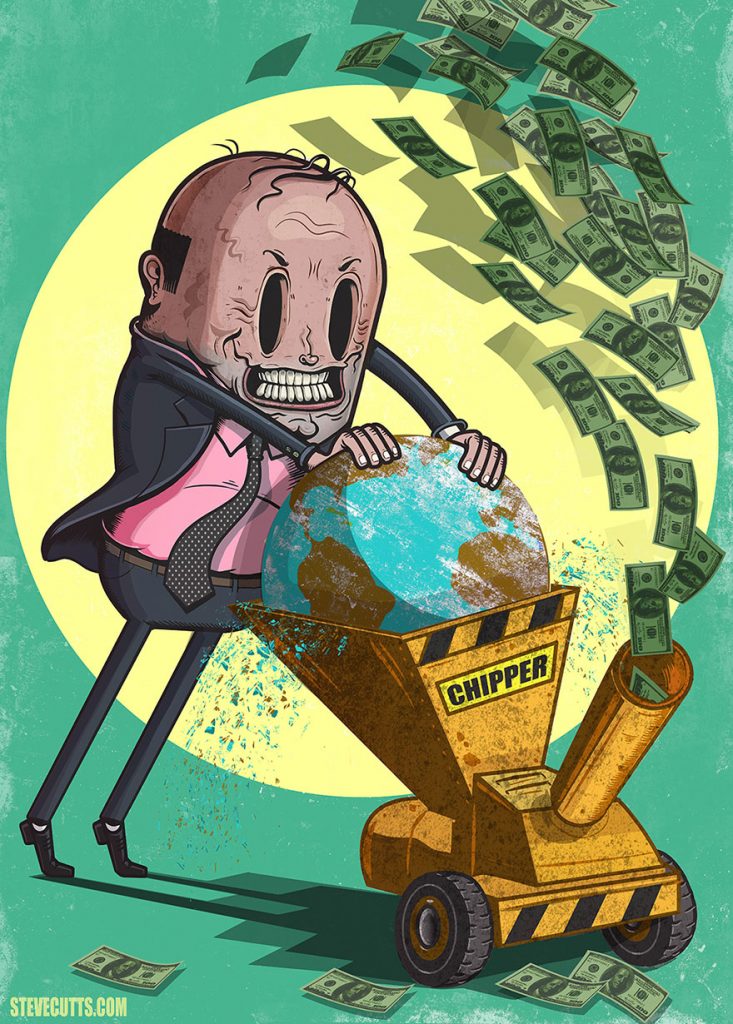 The average person looks at their phone 150 times a day. 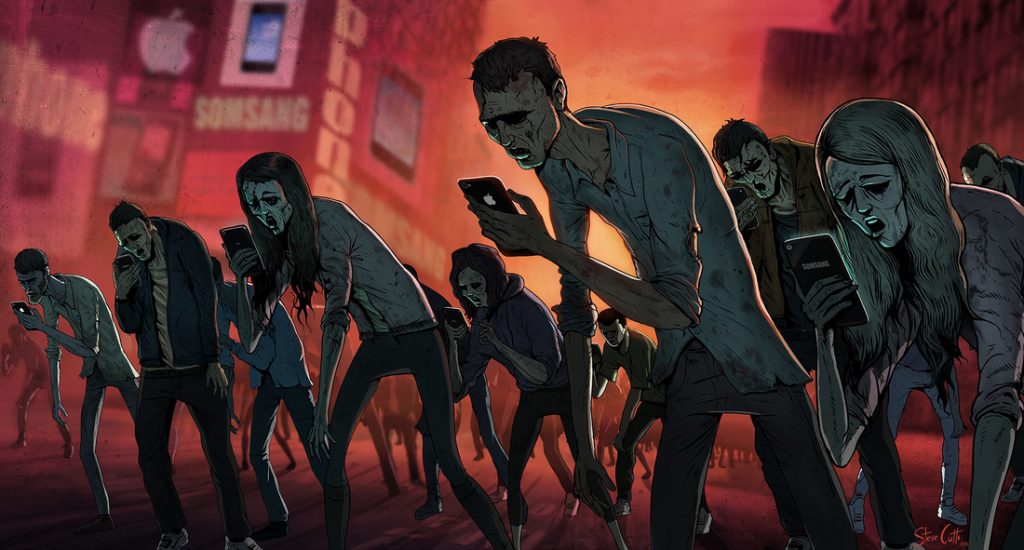 1 in 4 people eats fast food at least once every single day. 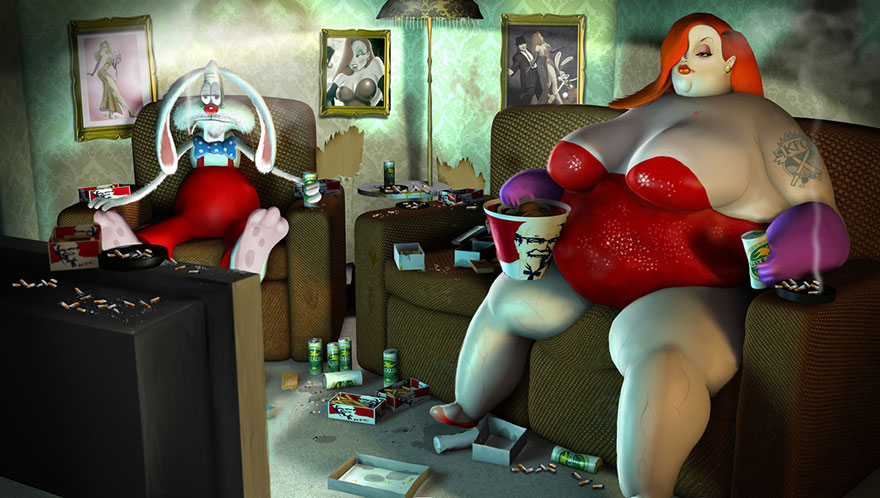 Britons are working more than 48 hours a week, the most ever documented in local history. 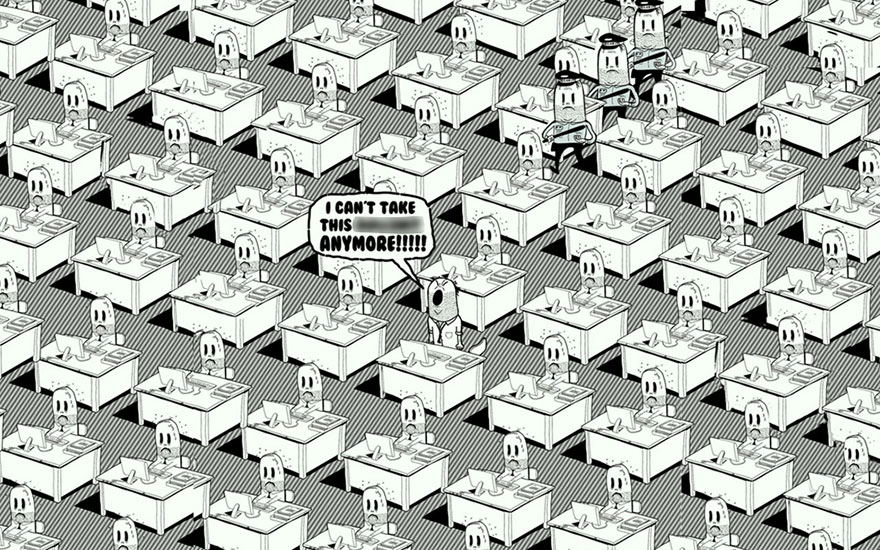 77% of Americans said their pet influence their travel plans. 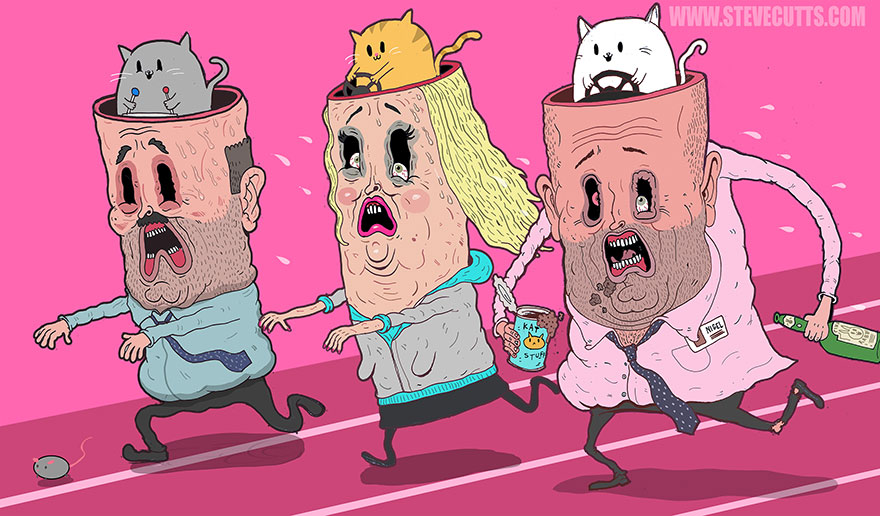 One in three people living in the UK will go into debt to pay for Christmas presents. 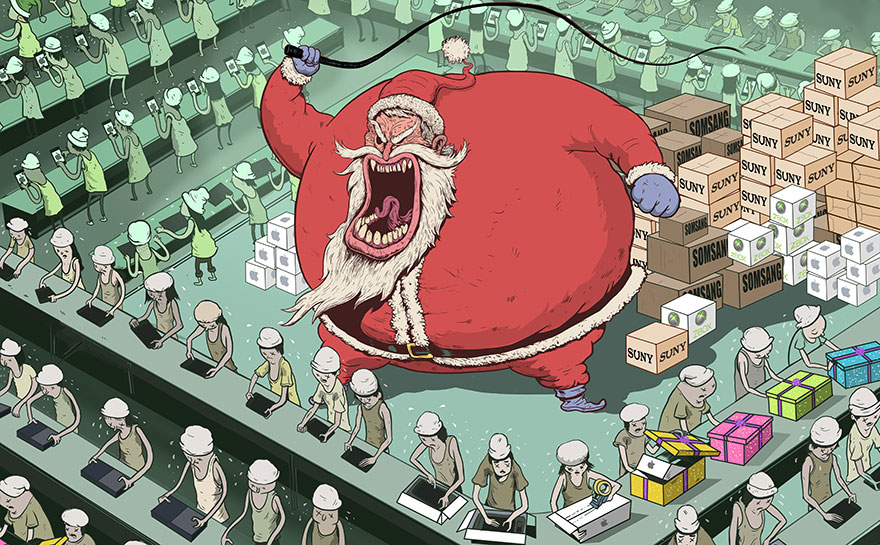 In 2016, 6 companies controlled mainstream media, now that number is only 5. 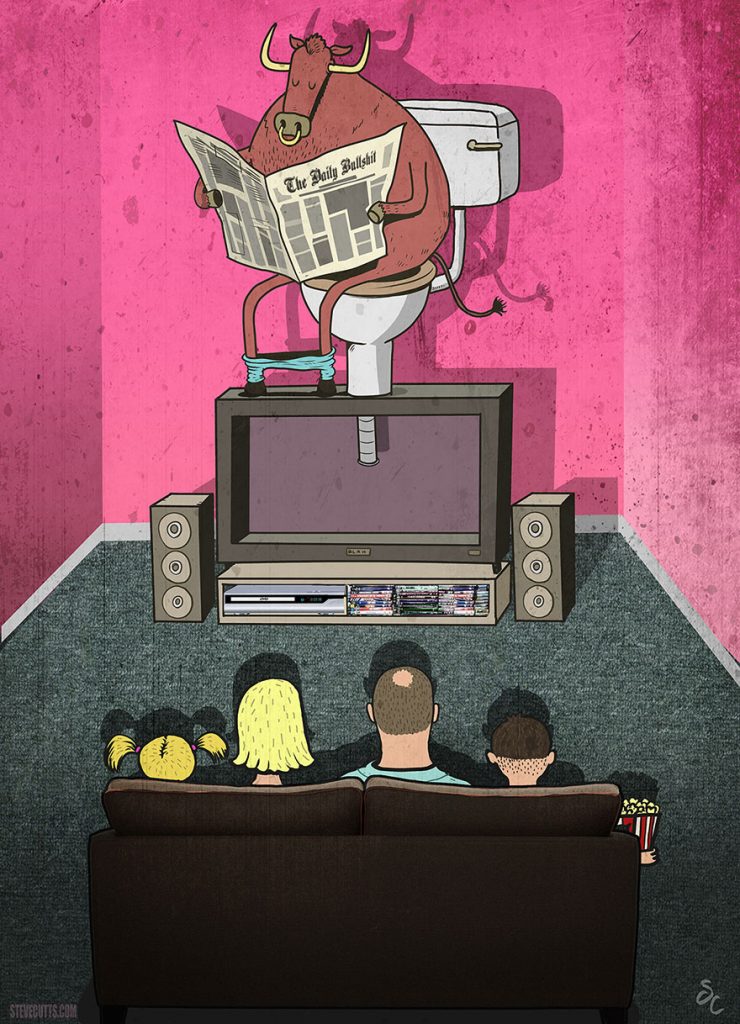 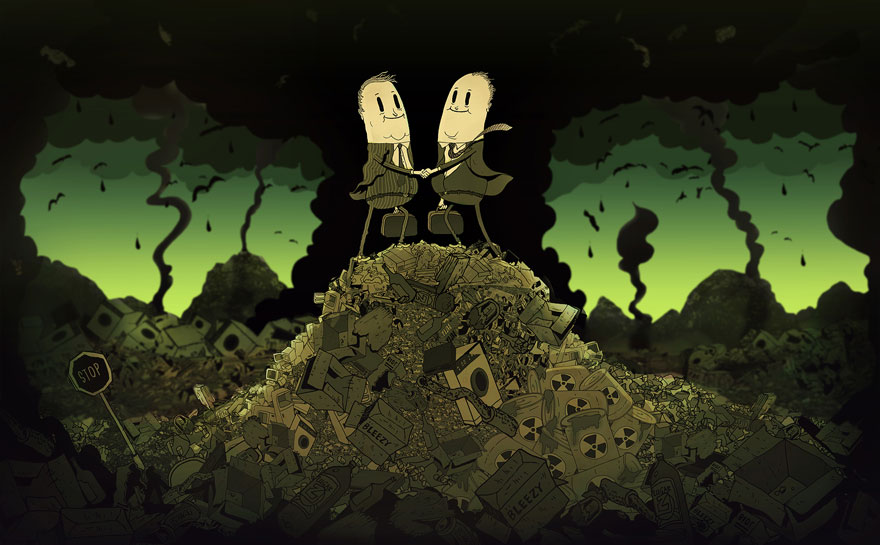 The top 1% earners control more than 1/3 of all wealth. 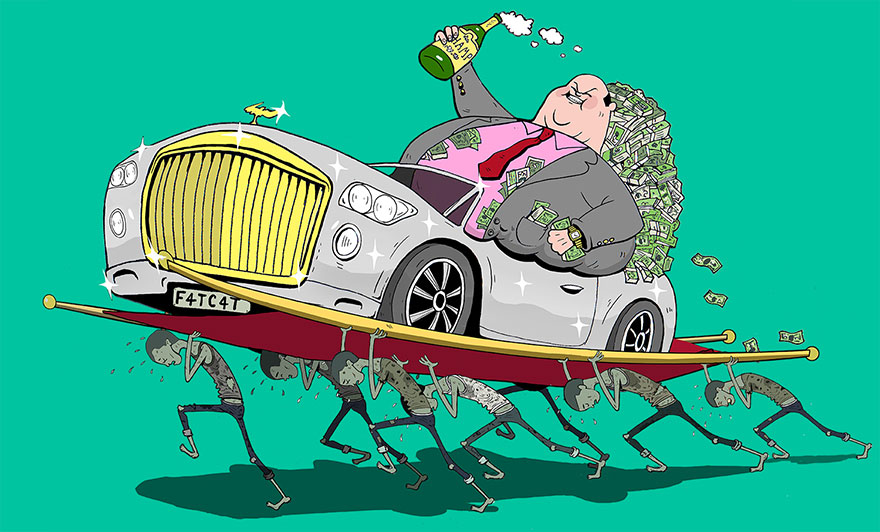 More than 3,000 animals die every second in slaughterhouses around the world. By adopting a vegan diet, you save as many as 95 animals per year. 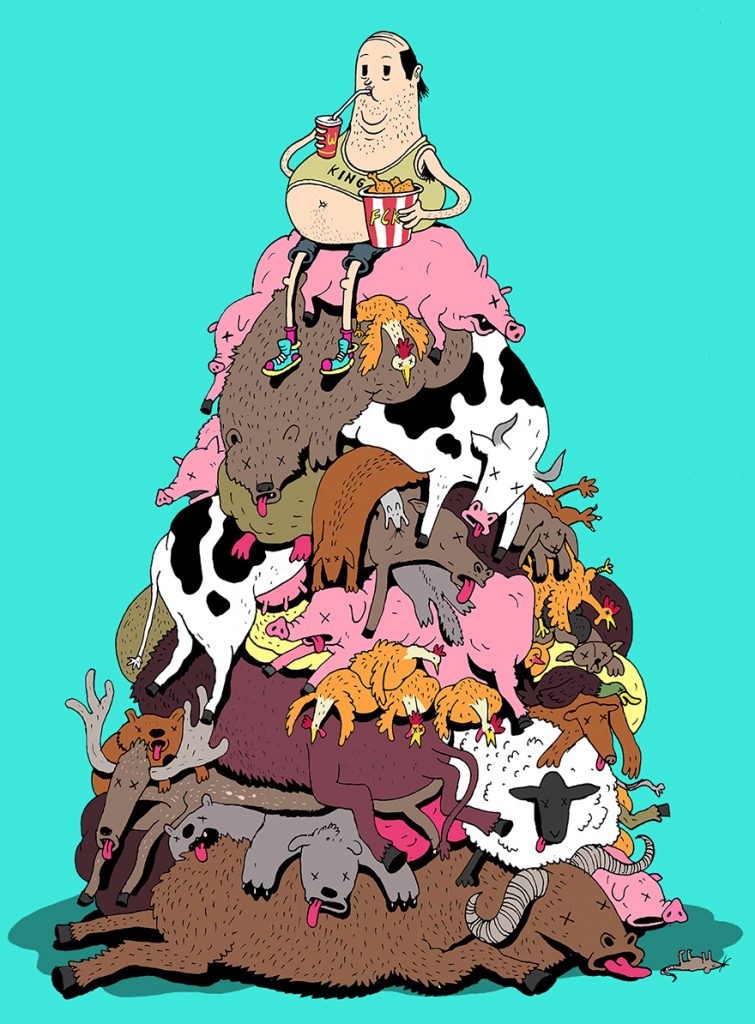